Garth Woodside Mansion has been rated the #1 bed-and-breakfast in the state of Missouri for many years. 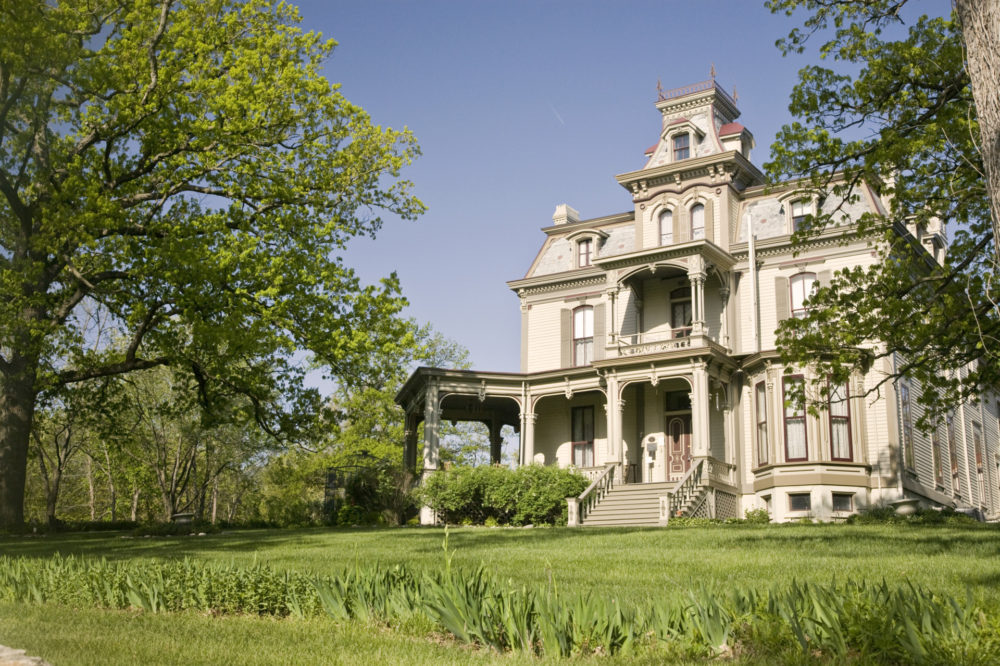 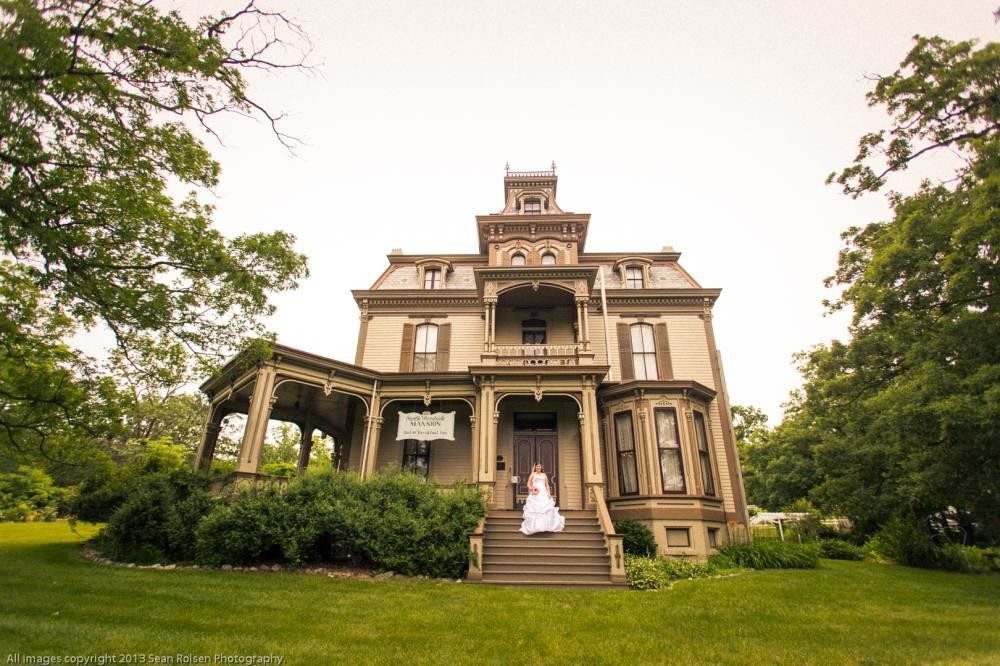 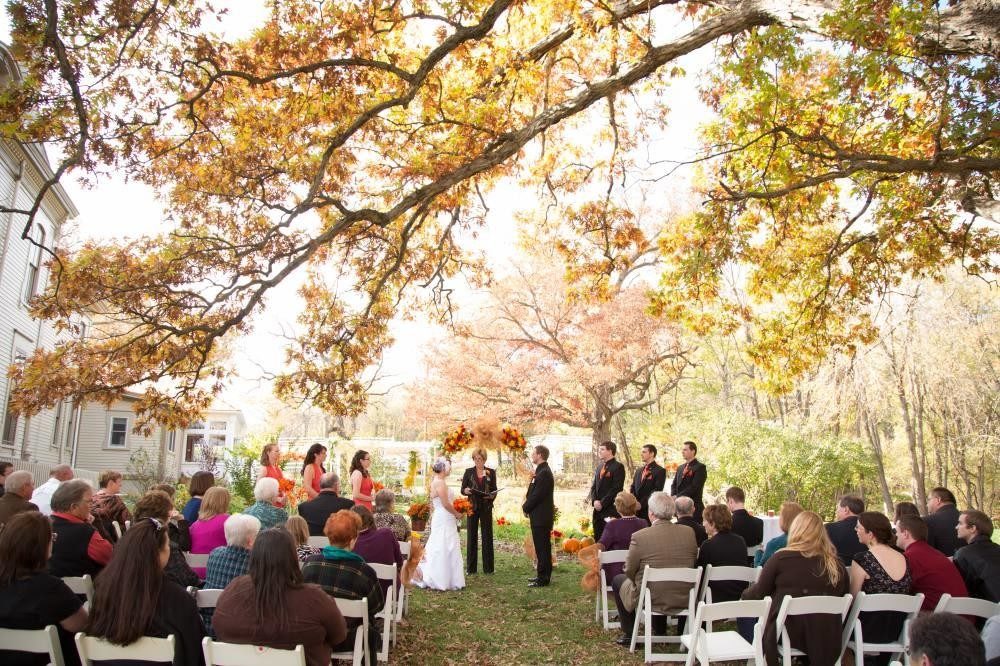 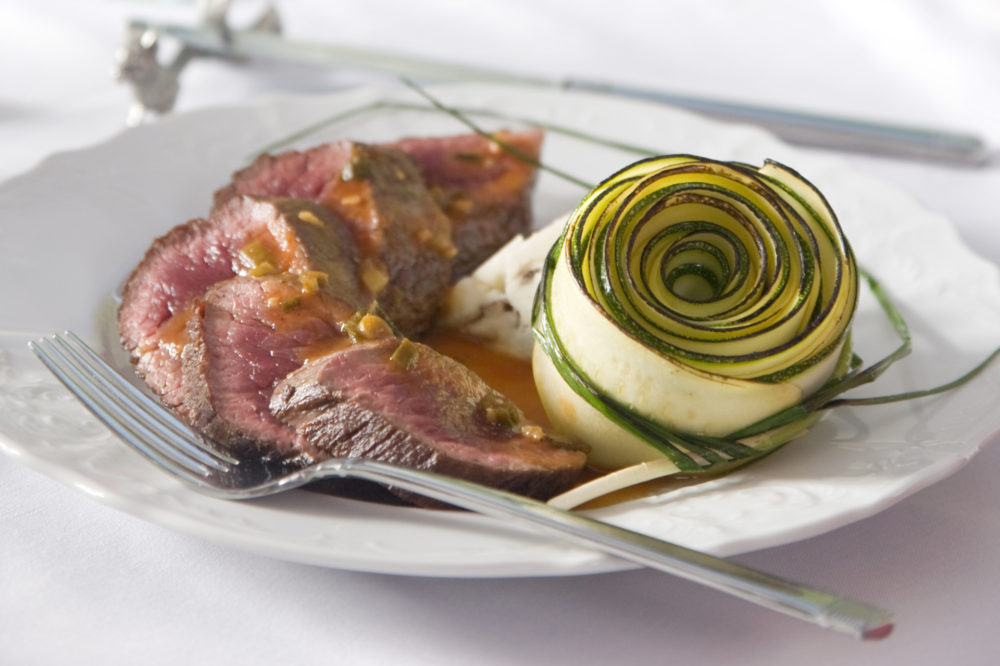 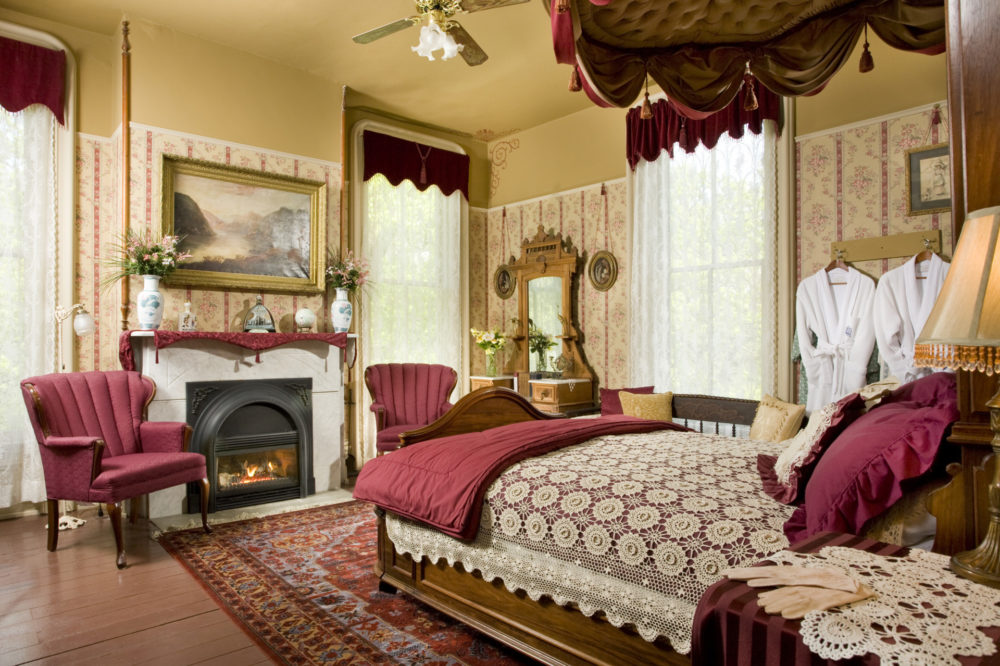 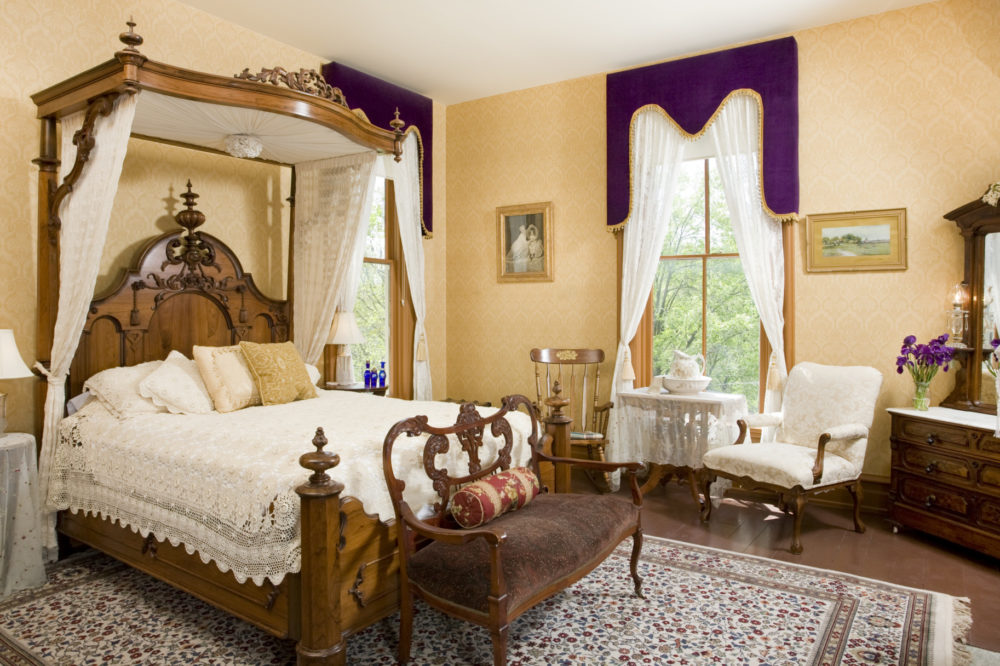 Garth Woodside Mansion is an historic bed-and-breakfast that has played an important role in the history of Hannibal, Missouri and in the life of the town’s most famous resident, Samuel Clemens (Mark Twain).

Two of Samuel Clemens’ childhood friends remained close to him all his life: John and Helen Kercheval Garth. They entertained Clemens on his  visits to Hannibal and corresponded with him many times. Samuel Clemens, John Garth, and Helen Kercheval were all students at Mrs. Elizabeth Horr’s school and later at that of J. D. Dawson. John is probably one of the boys who provided Clemens with inspiration for the character Tom Sawyer.

John H. Garth was born to John and Emily Houston Garth in Rockbridge County, Virginia, on March 10, 1837. His family moved to Hannibal in 1844. Mr. Garth operated a tobacco business and cigar manufacturing concern. Mark Twain in his autobiography recalled his early experience with Garth’s cigars: “In those days the native cigar was so cheap that a person who could afford anything could afford cigars. Mr. Garth had a great tobacco factory and he also had a small shop in the village for the retail sale of his products. He had one brand of cigars which even poverty itself was able to buy. He had these in stock a good many years and although they looked well enough on the outside, their insides had decayed to dust and would fly out like a puff of vapor when they were broken in two. This brand was very popular on account of its extreme cheapness. Mr. Garth had other brands which were cheap and some that were bad, but the supremacy over them enjoyed by this brand was indicated by its name. It was called ‘Garth’s damndest’. We used to trade old newspapers for that brand.”

Following the death of Mr. Garth, John’s older brother David ran the tobacco business under the name of D. T. Garth & Company. Of David, a recollection remains. “Mark Twain’s Letter to Will Brown” contains this passage: “We used to be in Dave Garth’s class in Sunday school and on week days stole his leaf tobacco to run our miniature tobacco presses with.”

John Garth left Hannibal to attend the University of Missouri, from which he graduated. He then returned to Hannibal as a junior partner in the tobacco business with his brother.

Helen Kercheval was born in Hannibal on July 18, 1838. She was the daughter of William Kercheval, a local tailor. Clemens wrote, “one of the prettiest of the schoolgirls was Helen Kercheval.”

John Garth and Helen Kercheval were married on October 18, 1860. They had two children, John David and Annie. Sometime after the Civil War broke out, in 1862 or 1863, Garth moved his family to New York City. There he was engaged in banking, brokerage, and manufacturing. They returned to Hannibal in 1871, and Garth started a successful business career. Garth purchased a farm southwest of Hannibal and constructed a large summer home, which he named “Woodside.” On the farm, he raised and bred shorthorn and Jersey cattle. As a businessman, Garth entered many ventures. He was one of the organizers of the Farmers and Merchants Bank and served as its first vice-president. He became president in 1880, a position he held until near his death in 1899. He was also president of the Hannibal Lime Company, president of the Missouri Guarantee Savings and Building Association, and president of the Garth Lumber Company in Delta, Michigan.

In his notebook, Clemens jotted down his experience with Garth’s coachman. “Garth’s coachman called for me at 10 instead of 7:30 — excused himself by saying “De time is mos’ an hour and a half slower in de country en what it is in de town, you’ll be in plenty time, boss. Sometimes we shoves out early for church, Sunday mornins, and fetches up dah right plum in de middle er de sermon, diffunce in de time, a body can’t make no calculations ’bout it.”

Several letters followed the 1882 visit. John Garth wrote to Clemens in September and received a reply noting that the Clemens children were ill. When Life on the Mississippi was released, Clemens sent the Garths a copy. John Garth replied, “Thanks for the book. Each and every one at Woodside has enjoyed it greatly.” A note from Clemens to his manager requested a copy of Huckleberry Finn to be sent to the Garths upon its release. John Garth died in 1899. His wife and daughter funded several memorials to him, including the Garth Memorial Library Building, dedicated in 1902, and a tower and set of bells at the Trinity Episcopal Church.

When Samuel Clemens visited Hannibal in 1902, he again visited Helen Garth and her daughter. They took him by carriage to Mt. Olivet Cemetery to visit his family’s graves and that of John Garth. Later they hosted a dinner at the Fifth Street house, which included another childhood friend, Laura Hawkins Frazer, the model for Becky Thatcher. Following the death of her husband, Helen Garth remained active in Hannibal business. In 1910 she was elected to the board of the Farmers and Merchants Bank, the first woman bank director in Hannibal. Mrs. Helen Kercheval Garth died in 1923-

There was a time when the Garth-Woodside Mansion was a museum house. The property changed hands a few times and was, for a brief while, a museum. In the 1980s, the Mansion became a bed-and-breakfast. Recent owners, John and Jule Rolsen, operated the inn and lavished attention on the place. In 2022, the Garth-Woodside Mansion was acquired by Mary and Kevin Hackmann. Their ownership comes with a responsibility to retain the Victorian charm of the Mansion and its furnishings, combined with a deep desire to provide genuine hospitality in a luxurious setting.

This website uses cookies to improve your experience while you navigate through the website. Out of these cookies, the cookies that are categorized as necessary are stored on your browser as they are essential for the working of basic functionalities of the website. We also use third-party cookies that help us analyze and understand how you use this website. These cookies will be stored in your browser only with your consent. You also have the option to opt-out of these cookies. But opting out of some of these cookies may have an effect on your browsing experience.
Necessary Always Enabled
Necessary cookies are absolutely essential for the website to function properly. This category only includes cookies that ensures basic functionalities and security features of the website. These cookies do not store any personal information.
Non-necessary
Any cookies that may not be particularly necessary for the website to function and is used specifically to collect user personal data via analytics, ads, other embedded contents are termed as non-necessary cookies. It is mandatory to procure user consent prior to running these cookies on your website.
SAVE & ACCEPT